Yeah, that’s a load of hooey.

You know what happens when you’re not allowed to deal with your negative emotions? They sit in your subconscious and end up haunting you through anxiety, depression, shame, guilt, and other damaging defense mechanisms until the anger is properly processed and released.

Most people don’t normally get angry just for the heck of it. Anger is a protective emotion. Perhaps you’ve been hurt and you are unable to overcome the pain. It could be from stress and overwhelm. Anger could even be a result of not having strong boundaries or not getting enough sleep.

Whatever the cause, the key is to acknowledge and face your anger with respect, identify the source, and figure out how to release the emotion in a healthy, productive manner.

Acting out on your anger, however, is unhealthy and possibly dangerous. It’s totally OK to imagine throwing a burning tree at your douche-bag boss… but don’t get up and act on it because it’s very important to save the trees.

So if your child becomes angry, avoid punishing or discouraging them for feeling that emotion. Anger is a core emotion and CANNOT be avoided. Read that again… you CANNOT avoid anger. Even the most peaceful person is susceptible to anger. The trick is to accept the feeling and let it run its course. Let your kid feel their anger, validate their feeling (“Oh, I can see that made you very angry!”) and talk them through it to help it naturally dissipate (“Let’s figure out why it made you so upset and what we can do to make you feel better)… until it finally leaves them in a state of calm.

Same applies to adults (and you too… ahaha). If something pisses you off, acknowledge your emotions and ask what it’s protecting you from.

For example, when JRoc doesn’t wake up to his alarm, it makes me FURIOUS. Like, “Why can’t you step up and be responsible for once?!!!” – furious (when he’s actually a total dream… kind, responsible, respectful, empathetic about everything else). But once I get honest with my emotions and accept it, I find that the anger is protecting me from my fear of failing as a mom, as well as worrying over whether or not he’ll be properly prepared to go out into the world on his own. Once I deal with the REAL concerns, it gives me the space to resolve it (as opposed to just sitting in fury and letting it fester until I go crazy-town on my poor, sleepy child).

With some practice, you’ll be able to transition from anger to calm faster than ever!

Anger is a totally normal and healthy emotion. You’re SUPPOSED TO feel and process it in a healthy way… because you’re not a robot.

Oh, and remember to save the trees!!!

4 Simple Money Hacks to Try Right Now
Next Post: Conditioning My Child to be Irresponsible 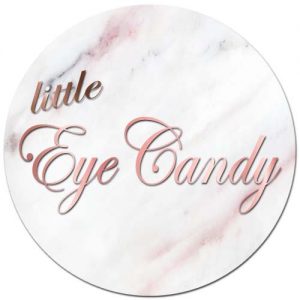